Along with the kitchen, the bathroom is the room in the home with the most plumbing. Therefore, it’s going to be prone to some common plumbing problems. Let’s take a look at some of the more recurrent plumbing problems the average Australian bathroom can suffer from.

In fact, dripping or leaking taps are very likely the most common plumbing issue of all. Taps are repeatedly turned on and off and many use a tap washer to seal the valve when a tap is turned off. Over time, these washers deteriorate and need replacing, so the solution is often as simple as replacing the washers in the taps for the basin, shower or bath.

If taps are really worn, they may have to be reseated when the tap washers are replaced to produce an effective seal. 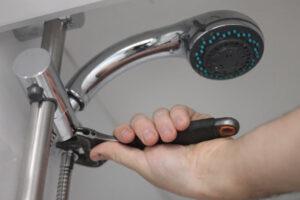 Toilets can be prone to leaking just like taps and showers. Usually, this is when water continually leaks from the tank into the bowl due to a worn-out rubber seal. These are quite cheap and easy to replace, but often it’s a task best handled by a professional plumber.

Apart from being annoying, there are several other reasons why you’ll want to get a leaking toilet fixed. For starters, all that wasted water will add a lot of dollars to your water bills. Secondly, when a toilet continues to leak, the tank is never quite full, sometimes making a full flush ineffective.

Nothing is worse than the dreaded blocked toilet. Sometimes a toilet might just flush or drain slowly, whereas other times it can be fully blocked, preventing flushing of the contents and threatening to overflow onto the floor.

This is not a scenario you’ll be able to endure. First, you could try getting a plunger and see if that will remove the block. Failing this, it’ll be time to call in a plumber to investigate the problem further.

Blocked toilets can be an emergency situation, so don’t delay in seeking professional assistance to eradicate the block. The sooner it’s fixed, the quicker life can get back to normal.

Low Water Pressure In the Shower

More often than not this will be caused by a build up of calcium or other debris in the shower head. The first thing you could try is poking a pin or sharp toothpick into each hole individually to clear them. If this doesn’t really work, it’ll be time to replace that old shower head with a brand new one and enjoy free-flowing water once more.

Also common is the slow drain or blocked drain. In showers and basins, it’s often a result of a build up of hair. You might be able to plunge the drains and clear them, but if not, call in a plumber and they can search for the source of the block using CCTV.

These are some of the more common plumbing problems associated with bathrooms. If you are having plumbing issues, call in a professional plumber.