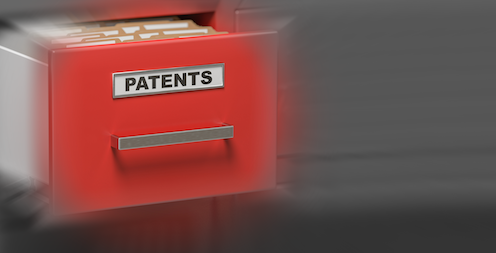 If so, he would be wise not to follow in the footsteps of his predecessor Josh Frydenberg, who tried for more than a year to introduce Australia’s first so-called Patent Box before the legislation lapsed ahead of the election without a vote.

First introduced in Ireland in the early 1970s, and adopted later in countries such as France, Spain, China and the United Kingdom, patent boxes are said to get their name from a box on the tax form that companies tick if they have income deriving from intellectual property, which is taxed at a discounted rate.

The theory is that if such income is taxed less, international corporations will do more of their research and development in Australia.

When announced in the 2021 budget, the discount was to be limited to income from patents on medical and biological technologies, although (also before the bill became law) the 2022 budget announced plans to extend it to agricultural and low emission technologies.

Income derived directly from patents in these fields was to be taxed at just 17%, instead of the prevailing company tax rate of 30%.

Doubts ahead of time

Doubts were expressed ahead of time. In 2015 the industry department’s office of the chief economist said while a patent box tax break would certainly increase the number of patent applications filed, most of the extra ones were “likely to be opportunistic” (filed on inventions that would have taken place without patents).

Any extra patent fees collected were unlikely to offset the tax lost.

And the advice had a broader point. Rewarding investors well after risky research had been undertaken was unlikely to do much to encourage such research.

Research and development tax credits, on the other hand, provide tax breaks at time the research is being funded, according to one Australian study, creating A$1.90 of research for each dollar of tax lost.

Supporters of the concept point to the Australian biotech company CSL Limited, which set up a new plant in Switzerland rather than Australia in 2014 in part because Switzerland had a patent box and Australia did not.

Critics observe that income from patents is highly mobile, meaning it can be easily separated from real inventive activity moved across borders.

One study found 40% of multinational profits had been moved from one location to another on the basis of tax rather than where the profits were made.

Another study noted that businesses can get the tax breaks by acquiring patents eligible for patent box treatment without doing the patentable research.

A review of the UK scheme published in November 2021 identified “abuse and boundary-pushing” and made a number of recommendations designed to refocus it on activity actually taking place within the UK.

Information Sheet, 2021 Budget The scheme Frydenberg put forward had safeguards. It was to be limited to income derived from patents issued after budget night 2021, which meant (at least at first) it would be limited to income derived from new patents. Licensees of patents would not be eligible, only firms that held the patent themselves. And, where patents were filed overseas, they had to be owned in Australia, and the underlying research had to have occurred in Australia. Labor has given no guarantee it will proceed with the scheme announced in the past two budgets and not yet legislated. There are reasons why it should not. Australia’s really big productivity gains, in the 1990s and early 2000s, had more to do with reforming or replacing lacklustre industries than with patents. Australia is on the cusp of yet another transformation, into a low-carbon energy producer and exporter. This is where our focus should be, rather than on tinkering with tax support for innovations that might take place regardless.