Building on strong momentum in the first half of the year, WeTV expands its partnerships with telecommunication service providers and zeroes in on delivering localized content originals. 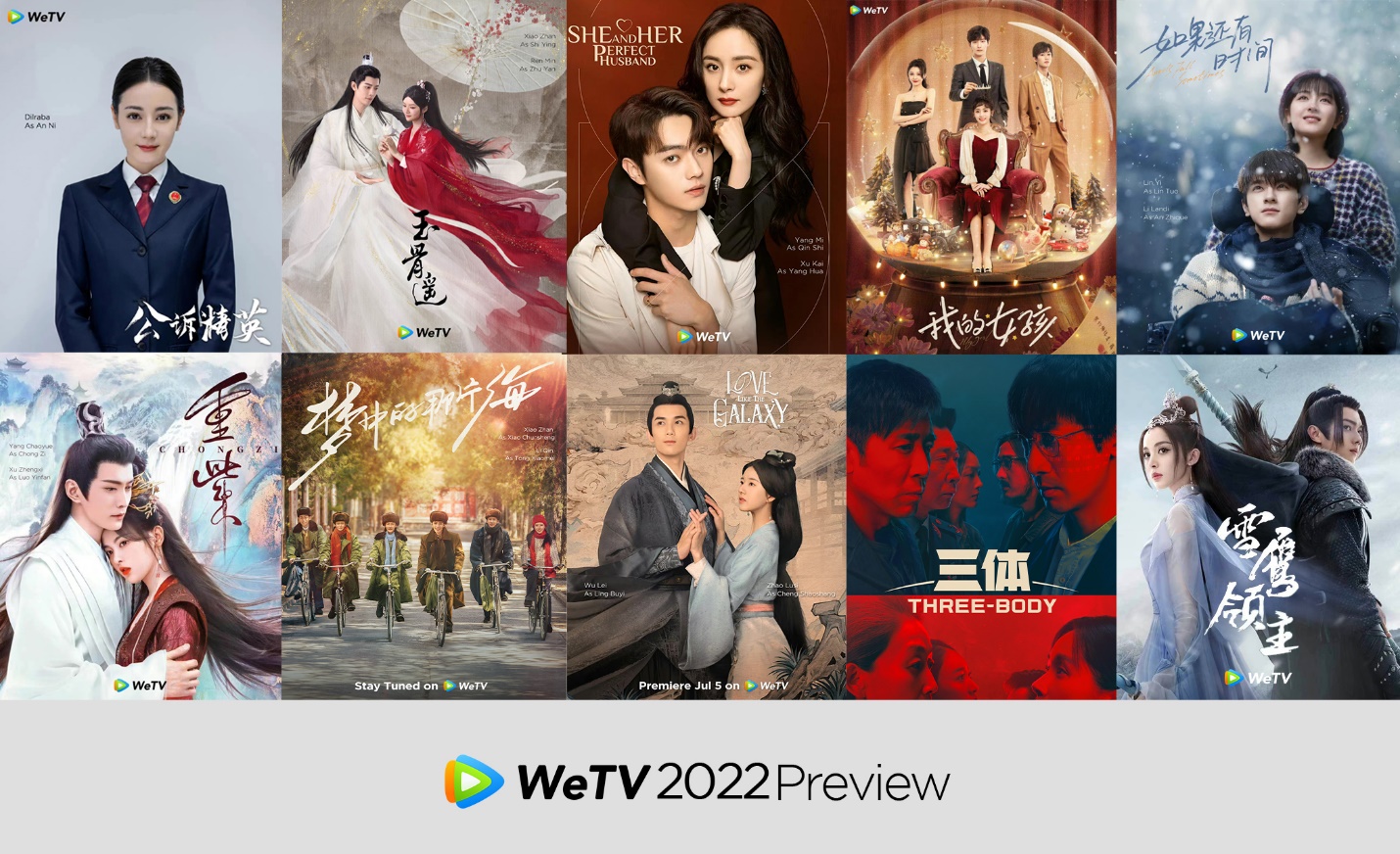 With one in three of Southeast Asian viewers now streaming OTT, audiences here have become the backbone of the global streaming industry. In fact, the region has seen a 22% increase in OTT consumption over the course of 2021, fuelled by the evolution of telecommunications infrastructure and an increasingly mobile-savvy population. In the first half of the year (H1 2022), WeTV experienced strong regional growth with a 60% leap in monthly active users year-on-year (YoY), along with a significant hike in both its existing subscriber base and relative income. The company's robust performance has helped WeTV retain its position among the top 3 OTT platforms in Southeast Asia in terms of daily active users. "We have always been user-first and the prospects for WeTV in Southeast Asia is evergreen with its youthful and mobile-savvy population," said Jeff Han, WeTV Director and Vice President of Tencent Video. "Our strong performance in H12022 is testament to our continuous efforts to adapt our content propositions to the diverse needs of our users and partners. Looking ahead, we will continue to welcome and collaborate with more partners to provide superior streaming experiences for all of our users." With smartphone penetration set to reach 90.1% by 2026 in Southeast Asia, WeTV looks to address the growing market for mobile-first OTT services through enhancing existing networks and building new partnerships. Most notably, its collaborations with electronics providers like Samsung, LG and TCL Televisions ensure a more seamless and connected user streaming experience across different platforms - including mobile, tablet and Smart TV. Recently, the company has also established partnerships with local telecommunication service providers in Southeast Asia, such as Thailand's 3BB, AIS, and TrueMoney and Indonesia's largest operators Telkomsel and Indihome, to offer WeTV-exclusive bundles. WeTV has plans to further expand its partner network in the region, such as its upcoming partnership with Indonesian Internet provider XL Home. "Providing localized content that resonates with our users is core to our strategy in Southeast Asia. Hence, we see the importance of empowering local creative industries and supporting local productions to go global via our platform," Jeff continued. This is evident from the resounding success for past WeTV Originals produced locally, including the "Layanga Putus" series in Indonesia which garnered over 2,000 million views. Exciting WeTV Originals in the pipeline include Thai campus romance "Love Mechanics" and melodrama "The Wife" as well as Season 2 of Indonesian hit "My Lecture My Husband". Audiences can also look forward to regional in-demand titles, including "The Longest Promise", starring "The Untamed" star Xiao Zhan, and "Three-Body", adapted from the award-winning Chinese science fiction trilogy. Hashtag: #WeTV

WeTV is an Asian streaming service that sees the creation of premier video-on-demand (VOD) and provides over-the-top (OTT) local content. The streaming service provides content from around the region, inclusive of selected Chinese, Indonesian, Korean, Malaysian, Philippines and Thai series and movies. Operating as a freemium service, viewers can access some content without the need for a paid subscription and premium content at a small fee. The basic features also include free subtitles. WeTV is available on the browser at wetv.vip, or on the WeTV application that can be downloaded from the Apple Store for iOS users and the Google Play Store for Android users.