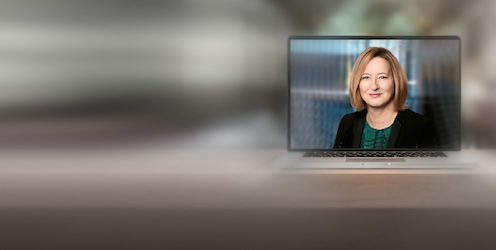 An international expert on monetary policy, Carolyn Wilkins, is one of a three-member panel that will conduct a broad review of the Reserve Bank, including its objectives and the interaction of monetary and fiscal policy.

Professor Wilkins is an external member of the financial policy committee of the Bank of England and former senior deputy governor to the Bank of Canada.

The other panelists are professor Renee Fry-McKibbin, interim director of the Crawford School of Public Policy at the Australian National University, and Gordon de Brouwer, recently appointed by the Albanese government as Secretary for Public Sector Reform.

The terms of reference and the panelists will be announced formally by Treasurer Jim Chalmers at a news conference on Wednesday.

Chalmers said in a statement: “Australia is facing a complex and rapidly changing economic environment, as well as a range of long-term economic challenges.

"This is an important opportunity to ensure that our monetary policy framework is the best it can be, to make the right calls in the interests of the Australian people and their economy.

"The Review will consider the RBA’s objectives, mandate, the interaction between monetary, fiscal and macroprudential policy, its governance, culture, operations, and more,” Chalmers said.

Meanwhile in a Tuesday speech Michele Bullock, a deputy governor of the bank, said that on balance “as a whole households are in a fairly good position” to cope with interest rate rises.

“The sector as a whole has large liquidity buffers, most households have substantial equity in their housing assets, and lending standards in recent years have been more prudent and have built in larger buffers for interest rate increases,” Bullock said.

“Much of the debt is held by high-income households that have the ability to service their debt and many borrowers are already making repayments well above what is required.

"Furthermore, those on very low fixed-rate loans have some time to prepare themselves for higher interest rates.”

Read more: The RBA's pre-COVID failure to cut interest rates faster may have cost as much as 270,000 jobs

But although this was the overall situation, Bullock said some households would be in a more difficult position.

“While in aggregate it seems unlikely that there will be substantial financial stability risks arising from the household sector, risks are a little elevated. Some households will find interest rate rises impacting their debt servicing burden and cash flow.

"While the current strong growth in employment means that people will have jobs to service their mortgages, the way the risks play out will be influenced by the future path of employment growth.

"This, along with the board’s assessment of the outlook for inflation, will be important considerations in deciding the size and timing of future interest rate increases.”

The review of the bank has been supported by both sides of politics.

Chalmers said it is the first wide-ranging inquiry into the bank since the current monetary policy arrangements started in the 1990s.

Critics have recently targeted the bank’s forecasting and setting of monetary policy. In particular, it flagged it would not be raising interest rates before 2024, only to then have to resort to doing so to address ballooning inflation.

An open letter from 12 leading economists, published in The Conversation in May, called for a review that was completely independent of both the government and the bank, ideally headed by an internationally recognised foreign expert.

Read more: Open letter: the RBA review should be independent of government

“No institution can be expected to independently or credibly review itself,” the letter said. “A foreign perspective would bring valuable external scrutiny to the process and enable a benchmarking of the RBA against its overseas counterparts.”

Lowe had appeared to resist the idea of an open review in March when he said he hoped that one of the things that would come out of it would be a Canadian-style bureaucratic review every five years.

“It is depoliticised, it is kind of technical, and the government, through the Canadian Treasury, and the central bank work on a re-commitment,” he said.

Among the signatories to the letter were economists Saul Eslake, Chris Richardson, Peter Tulip, Danielle Wood, Richard Holden, Steven Hamilton and former RBA board member Warwick McKibbin, who is married to Renee Fry-McKibbin who will be on the review panel.

Composition of board in the mix

The inquiry will consult experts and the public and report in March.

Centrally the inquiry will examine the bank’s objectives, including the “continued appropriateness of the inflation targeting framework”.

While this will cover macroprudential governance arrangements, the Australian Prudential Regulation Authority’s statutory role and functions are excluded.

Read more: Why the RBA should go easy on interest rate hikes: inflation may already be retreating and going too hard risks a recession

The inquiry will assess how the bank is meeting its objectives, “including its choice of policy tools, policy implementation, policy communication, and how trade-offs between different objectives have been managed”.

It will scrutinise the bank’s governance and accountability. This will take in the structure and composition of the board – opening up the debate about the balance between expertise and other factors in appointments – and the appointments process.

While the terms of reference also cover the bank’s management and recruitment, some areas including banknote production will be excluded from the review.