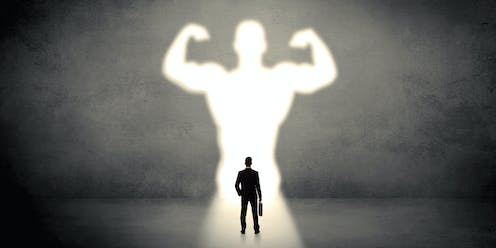 This year, for the first time since it began in 2000, the prime minister has been pushed out of top spot. Thanks to the pandemic Scott Morrison is in second place, behind four state premiers (Daniel Andrews, Gladys Berejiklian, Mark McGowan and Annastacia Palaszczuk).

Read more: Have our governments become too powerful during COVID-19?

One thing the issue really lacks is a comprehensive assessment of the downsides of power. To put it simply, feeling powerful tends to inhibit a person’s ability to make good decisions.

Research shows having a formal position of authority with influence over people, resources and rewards is associated with cognitive and behavioural costs. People who feel powerful (either in the moment or consistently) make significantly lower estimates of the likelihood of negative outcomes. They are more likely to take risks both to obtain gains and avoid losses.

Feeling powerful makes us more prone to three behavioural patterns that increase the likelihood of making poor decisions: overvaluing our own perspective; dismissing the expertise of others; and failing to recognise limitations.

Those who feel powerful are more likely to overrate their own perspective and dismiss the advice of experts. Ben Gray/AP

Not seeing other perspectives

This has been demonstrated in behavioural experiments by social psychologist Adam Galinsky and colleagues.

The researchers evoked feelings of greater or lesser power in participants by asking them either to recall a time they had power over someone else, or a time someone else had power over them. Others, who were asked to do neither, formed the control group.

Participants were then asked to perform three different tests measuring their ability to see the perspective of other people. One test, for example, required them to identify emotions expressed by others. Those encouraged to remember feeling powerful were, on average, 6% less accurate than the control group. They were also less likely to detect expressions of displeasure in emails compared to the group made to feel less powerful.

Feeling powerful makes us more prone to dismiss expert advice. This effect has been measured by organisational behavioural researcher Leigh Tost and colleagues.

In their experiments they used the same method as Galinsky and colleagues to make participants feel more or less powerful. They then asked participants to estimate of the weight of three people or guess the amount of money in three jars of coins.

After the first round of estimates, participants were given access to advice from people who had done the tasks before. They were told if these advisers were “experts” (with a strong performance record) or novices (with estimates that were just average).

Participants also completed a survey about their feelings during the task. The results from this element of the study show those who felt more powerful had a greater sense of being in competition with others. The authors conclude that dismissing advice from experts is connected to a desire to “preserve their social dominance”.

The more powerful we feel, the more likely we will pursue goals aggressively and fail to recognise constraints. This is because power means we are, in fact, less constrained. The powerful have more resources to do what they like, and to tell others what to do.

Those that felt powerful (again established through the method used by Galinsky and colleagues) were significantly less able to recall the constraints. The authors conclude “the powerful are more likely to act on their goals because the constraints that normally inhibit action are less psychologically present for them”.

Refusing to acknowledge constraints can sometimes be a useful thing. Apple founder Steve Jobs, for example, was notorious for ignoring his engineers’ complaints that they couldn’t do what he asked for. There’s a story of him tossing an iPod into a fish tank to demonstrate there was wasted space enabling air pockets.

But such stubbornness is more likely to lead to bad outcomes, such the fate of Elizabeth Holmes, who modelled herself on Jobs and refused to accept her idea of compact medical blood-testing device couldn’t be made to work. Now she’s on trial for fraud.

Read more: The rise and fall of Theranos: so many lessons in a drop of blood

These downsides to power are worth remembering at a time when listening to different points of view and heeding expert advice has never been more important. Our experience from the pandemic is that power is best distributed. We need leaders who understand that power corrupts, and who are humble enough to listen.