Queenie Tan is full of financial advice. Whether it is cheap date ideas, buying furniture, saving your first $100,000, doing your tax return or investing in Dogecoin, there is seemingly no topic the 24-year-old Sydney woman can’t confidently tackle.

Queenie’s qualifications as a financial expert are slim. She has worked as a marketing manager. She says she accumulated close to A$350,000 in assets in five years. That, along with being photogenic and vivacious, is more than enough to join the swelling ranks of “finfluencers” – social media content creators building an audience through dispensing financial advice.

Becoming a finfluencer can be highly lucrative. On TikTok the hashtag #FinTok has been viewed more than 340 million times. Among the top FinTok elite is Californian Stephen Chen, a former maths teacher turned “financial freedom coach” with close to 780,000 followers. Another is Sara Rosalia, a Canadian teenager who as “Sara Finance” has attracted more than 670,000 followers.

But as lucrative as this trend may be for those who make it to the top of the finfluencer money tree, the gains for followers are far less certain. It is the wild west for financial information, with few of the checks and balances that regulate other areas of financial advice.

Cryptocurrency trading platform Plaxful analysed 1,212 videos from a sample of 50 popular finance-focused TikTok accounts in 2020. It rated 14% of them as misleading. This included, without disclosures or disclaimers, encouraging users to buy specific assets and implying an investment would guarantee a profit. 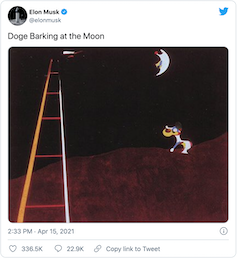 In recent months we’ve seen just how influential social media can be in encouraging people to buy or sell particular stocks.

There was the Gamestop trading frenzy, in which stocks of a video game retailer surged from US$19 to US$347 in less than two weeks, driven by Redditors and helped along by tweets from Elon Musk.

Musk’s twittering has also been instrumental in boosting the price of Dogecoin and sending Bitcoin’s price both up and down.

A social media influencer at their best will build an audience through solid financial advice. But they can also build an audience by making sensational claims about their advice, promising huge returns and even pushing dud products.

Read more: GameStop: how Redditors played hedge funds for billions (and what might come next)

Other financial advice is regulated

The Australian Securities and Investments Commission says complaints about unlicensed financial advice, including through social media, have been escalating since March 2020 – the beginning of the COVID-19 pandemc. The corporate regulator has expressed its concern about such advice because consumers lack any legal protection.

In Australia (as elsewhere), there are laws regulating the conduct of those running financial advice businesses. Advisers must be licensed. Touting yourself as a financial adviser without a licence can lead to a fine up to A$133,200 and a prison sentence of up to five years.

Qualifying for a licence requires completing courses and passing exams, including on ethics.

To become a finfluencer, on the other hand, requires no specific expertise whatsoever. At most content creators are bound by general rules against false and misleading claims, platform guidelines and marketing codes of practice requiring paid partnerships to be disclosed.

Despite this, the Austalian government has signalled it sees no need to do more to regulate finfluencers. The federal minister for financial services and the digital economy, Jane Hume, last week described them as “an inevitable part of a financial ecosystem”. She explained:

The TikTok influencer spruiking Nokia is not that different to the bloke down at the pub who wants to tell you all about the really great company he just invested in — but with a much louder voice.

“Some of the information on online forums would be bad, she said, "but some of it will be good, and a lot of it will better engage younger generations in investment and financial markets.” 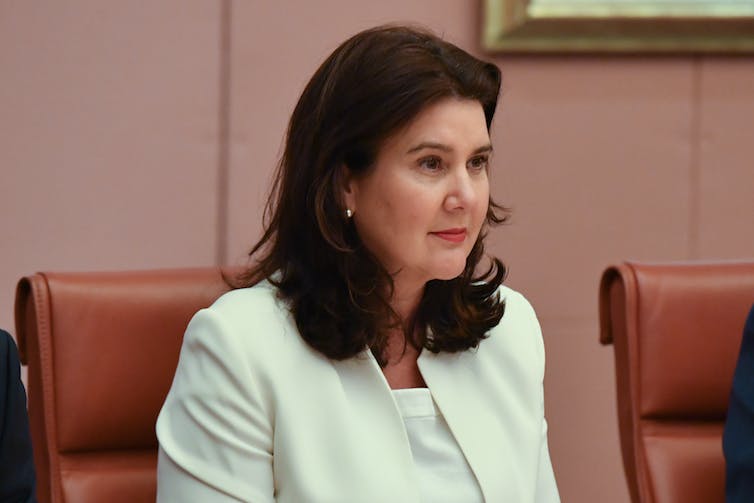 ‘Some of the information and opinions that consumers receive from online forums will be bad. But some of it will be good.’ says Jane Hume, Australia’s minister for superannuation, financial services and the digital economy. Mick Tsikas/APP

These are rather simplistic things for a minister in charge of the digital economy to say.

The bloke at the pub, for one thing, does not make money from his talk.

Social media influencers do. Take Youtube as an example. If they can attract a big enough audience, content creators can earn money through advertisements, affiliated links, sponsored content and selling branded merchandise. They can potentially profit by touting stocks they own, or be paid to promote some product.

This is not to say all finfluencers are suspect. Their advice, such as Queenie Tan’s tips on saving money, may be very sensible. They wouldn’t be popular if there wasn’t a demand for accessible financial information that itself doesn’t cost a fortune.

So here are my free three tips, if you love #fintok, to assess the credibility of an influencer and their advice.

Read more: From tulips and scrips to bitcoin and meme stocks – how the act of speculating became a financial mania

First, don’t assume a large number of followers makes someone worth following. Popularity doesn’t equal credibility. Look at their background and educational qualifications. You don’t need a degree to get rich, but there should be some sort of evidence for their claims to be someone worth listening to.

Second, why are they sharing their secrets with you for free? The Chinese philosopher Lao-tzu is credited with saying: “Those who know do not tell”. This is as true now as in the 6th century. If an influencer really has some strategy to beat the market, why are they on social media telling everyone about it? Anyone touting a particular stock or product or strategy should be treated with suspicion.

Third, be wary of anyone promoting a get-rich-quick scheme. Yes, it is possible to make huge returns on an initial investment. But such windfall gains are the exception rather than the rule.

Any influencer telling you to emulate their secrets of success probably isn’t telling you the full truth unless they are also advising you to try your luck as a finfluencer.