Naturally enough, the offer was accepted.

The government needed A$1.5 billion which it promised to repay on March 26.

It sought tenders. What was the lowest return an investor would accept to lend it the money?

It wasn’t short of offers. It fended off $8.2 billion of bids, and some of them were prepared to accept very low returns indeed.

AOFM The government got a fair chunk of the $1.5 billion for less than nothing. Some of the bidders demanded more, but nothing too far into positive territory. It happened because the sale of bonds benefits both parties: the government gets to borrow money it needs and the investor gets a safe place to park their money. Read more: The government has just sold $15 billion of 31-year bonds. But what actually is a bond? In those circumstances, where benefits flow in both directions, there’s no reason to suppose that the final payment will flow in only one direction. And sometimes the direction chosen is arbitrary. Economist Joshua Gans made the point on Twitter talking about the coronavirus vaccine. He said “half of the economists out there think people should be paid to be vaccinated, the other half think they should pay to be vaccinated earlier. He asked: "can we at least work out whether the price is positive or negative?” Which bank pays which bank? Two banks are involved when you whip out a debit card to pay for a purchase – your bank (that issues the card), and the seller’s bank (that accepts the card). Which should pay which? Usually the seller’s bank pays a fee to buyer’s bank, but not always. Depending on the type of card and bank, sometimes the fee flows the in the other direction, from the buyer’s bank to the seller’s bank. The truth is both parties benefit from the transaction, and who the banks ultimately manage to pass the fee on to (the buyer or the seller) is another question altogether. Home taping is killing music? 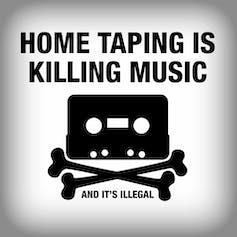 The advent of cassette recorders frightened record companies, and throughout the 1970s, 1980s and 1990s they persuaded governments in Australia, Canada, the United States and much of Europe to impose levies (taxes) on the sale of blank recording media such as cassette tapes and compact discs in order to compensate the companies that would suffer. There was only one problem. The companies didn’t suffer. The advent of the cassette made it possible to listen to recorded music in places other than the loungeroom record player (most notably in cars and later, with the Walkman while walking or jogging). The amount of time people spent listening to recorded music shot up, recorded music sales in the US more than doubled, and the record companies took in more money than ever before. Radio stations should pay to play, or… If anything, record companies should have been paying the purveyors of cassette tapes rather than the other way around. The same sort of two-way exchange happens when radio stations play music. Radio stations pay the artists, composers and record companies for the music they play (although not very much) and sometimes the recording companies pay the radio stations (payola) in order to ensure their records are played. Read more: Spotify may soon dominate music the way Google does search — this is why In 1970 Australia’s six largest record companies demanded more money from the radio stations, which they refused to pay. The resulting “record ban” saw commercial radio drop the British and Australian artists represented by the majors and instead play the American and independent local artists whose companies weren’t demanding more money. Without airplay, sales faded. The Long and Winding Road cracked the top five most places it was released, but not in Australia. Six months on, each side realised it needed the other. Google should pay newspapers, or…. Now the government is insisting that platforms such as Google and Facebook pay news organisations for the content they link to, in something of a world first. Or at least it seems to be. The original draft legislation released in April required the arbitrating panel to take account of the direct and indirect benefits of the news content to the digital platform. After representations from Google and Facebook the revised final legislation released in December also requires the panel to take account of the benefit “to the registered news business” of having the digital platform pointing to its content. That benefit is huge. Without Google and Facebook, news websites would be bereft of traffic (which is why they allow Google and Facebook to point to their content). Means of accessing Australian news sites 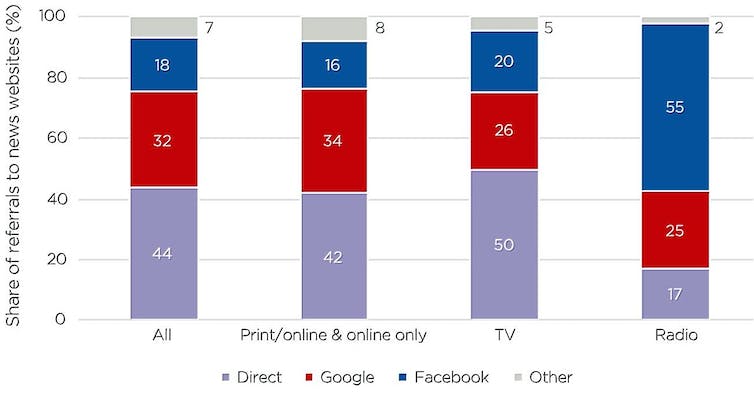 2017-18. ACCC Digital Platforms Inquiry, final report The Treasurer calls it a “two-way value exchange”. At least to me, it’s no longer clear in which direction the money should flow. Prices can be negative as well as positive.