Three of the world’s most populist leaders of modern times – Donald Trump, Boris Johnson and Jair Bolsonaro in Brazil, have handled the COVID crisis badly.

All three have caught it.

In the Financial Times, chief economics commentator Martin Wolf has asked whether this spells the end of the sort of right wing aggressive populism that has been so successful in recent times.

Part of his answer is that populism hasn’t lined up neatly against relative success in keeping populations safe.

In the Anglosphere, Trump and Johnson have indeed been much more chaotic in tackling COVID than Canada, New Zealand and Australia.

But other populist governments such as those in Hungary and Poland have done well.

“The really interesting question” he says, turns out to be “is a government actually interested in governing?”.

Trump and Bolsonaro are basically interested in politics as performance.

They don’t care about government but they don’t really understand what government is for and they’re indifferent to it. In some ways and in some cases, they’re actually trying to dismantle the state.

As Wolf says, it’s obvious if that’s what you want to do, you can’t manage a disease well.

But there are other autocratic and indeed populist politicians who understand that ultimately their claim on power depends on being reasonably effective in dealing with such things.

The populists who don’t care about government are likely to be disposed of.

Wolf says that’s what Hungary and, in a different way, Poland has shown.

Alasdair MacIntyre’s concepts of “internal” and “external” goods offer some useful tools with which the think about these issues.

MacIntyre explains them with an example in which a child is taught to play chess and rewarded with candy if she wins.

Read more: Populism in Brazil: how liberalisation and austerity led to the rise of Lula and Bolsonaro

The skills required for excellence in chess are “internal goods”. They include spatial vision, computational accuracy and competitive intensity. They are “internal” because they emerge organically from the activity.

Candy is an “external good” because it is provided from outside the game.

All of the practices that have acquired any significance in the world, from chess playing to accountancy, from business management to political statesmanship are all entanglements of internal and external goods mutually supporting each other.

Rewards matter, but they are not everything

The internal goods of a practice can’t prosper – can’t exist in the world as more than a hobby – without the external goods such as money (and sometimes candy), power and esteem.

Thought of economically, they enable the practice to bid resources (of people’s attention, time and money) away from other activities.

Medicine is a practice with its own internal goods, but there wouldn’t be much of it unless practitioners were paid.

The converse is also true. People are prepared to part with their scarce resources to fund medicine or some other practice only because they value what it produces. Equally medicine can’t function without internal goods – such as the skills taught at med school.

Read more: How to discipline your children without rewards or punishment

However, although they complement one another, internal and external goods are in tension.

MacIntyre says it is virtues that keep this from happening.

Without them, in particular, “without justice, courage and truthfulness, practices could not resist the corrupting power of institutions”.

Leaders are getting skilled, at the wrong things

As MacIntyre sees it, the skill of political performance is actually an internal good of politics. It’s an important skill that helps one excel at politics. But it’s a particular kind of internal good.

Many internal goods are unquestionably meritorious unless they’re deliberately used for some nefarious purpose. Such skills include an astronomer’s or a chess player’s accuracy in calculation or the sensitivity of a medical professional’s skills of observation and diagnosis. 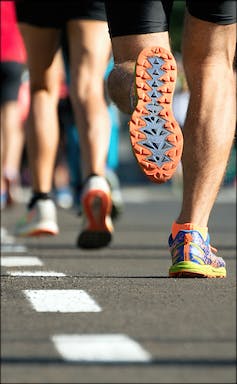 External rewards for sport mater more for sport than they used to.

On the other hand the business person’s focus on profit, the sportsperson’s competitive intensity and the politician’s capacity to perform are internal goods that are, in their respective areas, most closely associated with acquiring external goods.

This makes them more morally ambiguous than other internal goods.

This has been true since ancient Athens, but in my view what has changed is the fast foodification of our culture; the growing focus of our institutions on the external rewards of profit, power and prestige.

It was MacIntyre’s horror that this was increasingly the case in modern liberal capitalist democracies that motivated his thinking. As he put it

if in a particular society the pursuit of external goods were to become dominant, the concept of the virtues might suffer first attrition and then perhaps something near total effacement, although simulacra might abound.

So how did we get here and what can we do about it?

It seems to have arisen from the way the markets or “theatres of action” have scaled.

A generation ago, party politics had deep roots into the community across the Western world with party membership of around 14% of population.

Read more: Discontents: identity, politics and institutions in a time of populism

Politicians doorknock less than they used to. After COVID they mighn’t do it much at all.

The mass scale of campaigning has forced politics to be conducted through media far more than it used to be, making the external goods of power and prestige much more dependent on performance in the media.

But the media has been driven by its own competitive imperatives to attract audiences, and so has concentrated on reporting the theatrics of political performance – intensifying the vicious cycle which hollows out political discourse as loss of members and local action has hollowed out party membership. 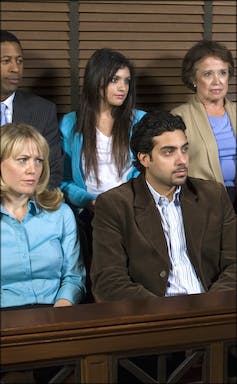 So much so that politicians do increasingly farcical things for the cameras – none more so than the famously irreligious (or perhaps “areligious’”) Trump photo-op, bible in hand, at a church outside the White House, having walked through public space that had been cleared of demonstrators with tear gas.

Because these phenomena have developed deep structural roots, I’d expect there to be strict limits to the extent that they can be addressed within the existing system – though measures within it to improve integrity such as fundraising limits on political parties might be helpful.

Wolf may also be right that the extraordinary incompetence of the worst of the populists will trigger a backlash against them.

But I fear we’re in the grip of something bigger.

This analysis points to the possible healing qualities of injecting into our system small-scale deliberation of the kind of I have argued for elsewhere through mechanisms that aren’t “scaled” via media performances such as citizen’s juries.

That Western democracies used to deliver good outcomes is not a good argument for maintaining the status quo. If we care about our institutions we will try to improve them.