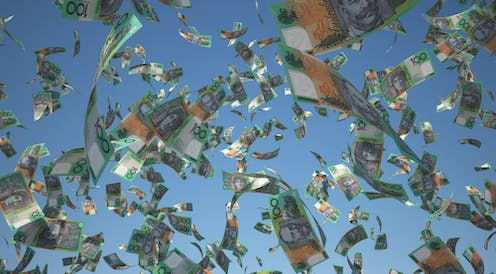 In putting together his unprecedented pandemic budget, Treasurer Josh Frydenberg had two big tasks: to support the economy now, and to kick-start the next boom.

Many commentators seem to be enamoured by the size of the spend. But once you dig into the details, it’s a mixed bag.

The 2020 budget certainly delivers on boosting business investment and hiring, and the tax cuts will help lift employment and activity.

But overall it’s a bit light on direct stimulus – spending to support those who have lost their incomes and boost consumer demand. It doesn’t do enough for the economy now, when a boost is needed most. And it lacks a coherent reform narrative around driving the economy out of this crisis better than it went in.

Read more: Budget 2020 at a glance: the cuts, the spends, and that big deficit in 7 charts

Let’s start with the good.

Bringing forward scheduled income tax cuts and increasing the tax offset for low-income earners is good news, despite misgivings among some economists.

They will provide some stimulus via increased spending over the next two years. They will also make it cheaper for businesses to take on workers, and more worthwhile for workers to take on more hours. Research backs this up.

Read more: The budget's tax cuts have their critics, but this year they make fiscal sense

Encouraging business investment is another good priority. There is strong evidence from schemes in the US that the A$27 billion allocated to enable businesses to deduct the full cost of new assets installed up to June 2022 will boost investment, driving jobs and higher wages over the next few years. Other business incentives, around hiring and R&D, are also welcome.

The budget also contains many worthy smaller measures. For example, it is great to see the government commit an extra A$101 million to double the number of Medicare-subsidised therapy sessions from 10 to 20 per year. Hopefully there will be more support to come for mental health and suicide prevention as the government delivers reviews into these areas.

Now on to the not-so-good.

First, the A$27 billion for instant asset write-offs is a bit of a sleight of hand. The measure allows businesses to write off investments up front instead of depreciating them over time. So businesses will pay less tax now but more later.

This is why the budget shows a reduction in tax receipts over the first three years, but an increase in year four. Expenses are brought forward to year one even for investments they were going to undertake anyway. The economic benefit – which is real, to be clear – is purely in businesses not having to wait for those tax benefits.

And it is not an investment allowance, as some have called it, which would provide a subsidy on top of allowing a business to expense the assets up front. Research suggests a true investment allowance such as the GFC Investment Tax Break given to Australian business during the Global Financial Crisis, would have boosted investment even more.

Now on to the not good at all.

Though the tax cuts provide some stimulus to the economy, it will not be as much as direct cash payments. And you only receive the tax cuts – more than A$2,000 a year for many taxpayers – if you work.

The government’s main instruments for direct stimulus – the JobKeeper and JobSeeker payments – are already being wound back (with JobKeeper ending in March 2021), which will pull a massive amount of demand out of the economy.

US research on the effect of the US government’s US$2.2 trillion stimulus package shows government payments to households significantly boosted spending in a matter of weeks, with 25 to 40 cents in every dollar of stimulus being spent.

But this budget offers little in the way of direct cash payments. The government has committed to two modest $250 payments to certain welfare recipients, but the second won’t arrive for another five months.

The direct stimulus that is on offer will provide some support, but not nearly the volume required.

By far the budget’s biggest snub is the almost complete absence of green stimulus – specifically, investment in carbon-reduction efforts. This spending is all the more critical in the absence of an economy-wide carbon price.

Green stimulus offers the prospect of a triple economic dividend: it generates activity and jobs today, it prevents an impending environmental calamity, and it creates the industries and jobs of the future.

Other countries are seizing COVID-19 as an opportunity to make inroads towards their emissions-reduction targets. France, for example, has devoted a third of its stimulus to green measures.

Using the most generous possible definition, only about 1% of new Australian government spending over the next four years will go to environmental initiatives. This is a tremendous missed opportunity.

So, overall, the budget is a mixed bag. There are some welcome stimulus measures, but some critical ones missing. The government has a lot more work to do to kick start a new golden era of economic growth.

Let’s hope the Treasurer delivers on that in his next budget, due in just seven months.