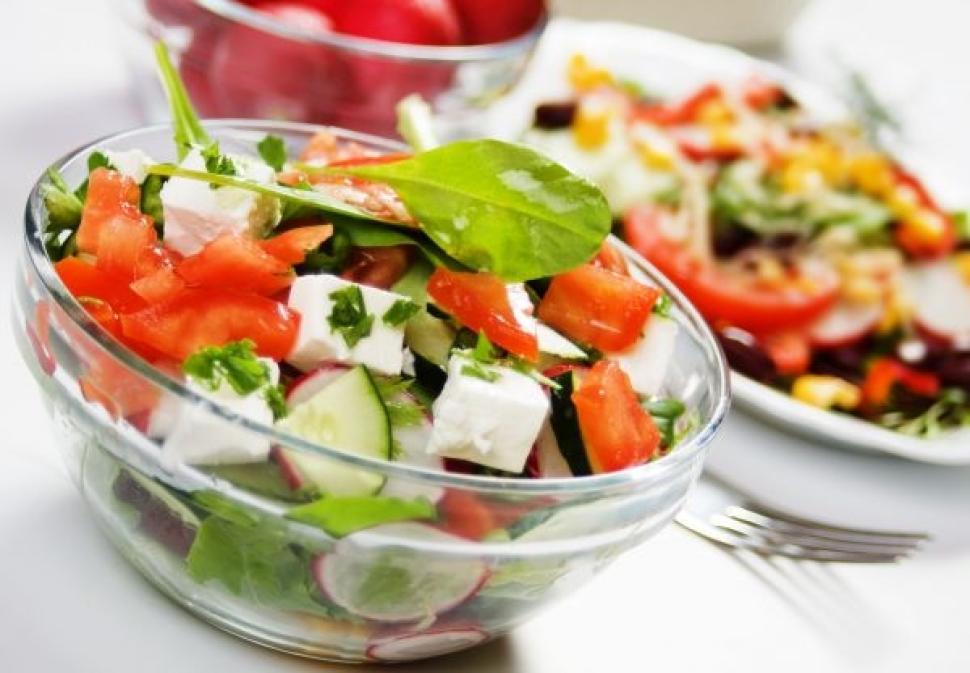 23 February 2015. Australia’s annual Meat Free Week will return bigger and better from 23-29 March 2015. The week is dedicated to raising awareness of the amount of meat people eat and the impact it has on human health, the welfare of animals and the environment.

Meat Free Week challenges Australians to sign up to go without meat, including seafood, for seven days. By being sponsored, participants have the opportunity to raise funds for one of three leading charities – Bowel Cancer Australia (health), Voiceless, the animal protection institute (animal welfare) and The World Land Trust (environment).

With a growing trend towards meat free or meat-reduced meals and the steady rise of flexitarianism over the past few years (a mainly a plant-based diet with the occasional inclusion of meat), Meat Free Week gives people the perfect opportunity to try out new foods, get more veggies in their meals and see whether a meat-reduced diet is for them, even if it’s just one day a week or one week a year.

When it comes to meat, Aussies eat three times the world average. This consumption compromises our health and with global meat production predicted to double by 2020, raises serious concerns about long-term sustainability and animal welfare. Bowel cancer is now the second largest cancer killer in Australia and high consumption of red and processed meat has been linked to both bowel cancer[1] and the increased risk of type 2 diabetes[2].

Globally, the growing demand for meat is leading to increased deforestation, water usage and climate change with the UN identifying the livestock industry as one of the most significant contributors to today’s most serious environmental problems[3]. It has also created the number one animal welfare issue in the world, factory farming.

“The shift within the Western world towards a more plant-based diet and the Meat Free Week message is one that grows year on year,” says Meat Free Week co-founder Lainie Bracher. “When it comes to meat, we eat well above the world average and nowhere near enough veggies, so we need to address the balance. In this regard, a meat-reduced diet makes perfect sense, so why not give it a go and see if you can make a difference.”

For the first time this year, Meat Free Week will also be expanding the campaign into the UK. Co-founder Melissa Hobbs explains: “ Meat Free Week UK enables the issues to be tabled annually under one major event and we are thrilled to have the opportunity to start a global movement in raising awareness on the impact of excessive meat consumption. We have some great supporters on board already including Jamie Oliver, Paul, Mary and Stella McCartney and the campaign is really gaining great traction overseas.”

As always, the 2015 Australian campaign will be supported by a raft of famous faces including model turned presenter Mimi Elashiry, model Bambi Northwood-Blyth and actor Krew Boylan, as well as respected experts in the areas of health, the environment and animal welfare. Leading chefs and foodies including Simon Bryant and Bill Granger are among many who have provided a range of delicious meat-free recipes, which can all be found on the website - www.meatfreeweek.org - along with information on how to take part.

Bowel Cancer Australia's vision is to save lives and improve the health and wellbeing of people living with bowel cancer through advocacy, awareness, education, support and research. www.bowelcanceraustralia.org

Bowel Cancer Australia’s community engagement manager, Claire Annear, said that the charity was excited to be involved as the health charity for Meat Free Week: “Following on from the wonderful success of the 2014 campaign, it is lovely to see Meat Free Week continue their support of Bowel Cancer Australia and inclusion of bowel cancer as a key health concern in the 2015 campaign”

“It is estimated that changes to diet and physical activity could reduce the incidence of bowel cancer by up to 75 per cent [1],” Ms Annear said. “There is convincing evidence that consumption of red meat and processed meat are causes for bowel cancer, so Bowel Cancer Australia is very happy to be involved in raising awareness and funds through Meat Free Week [1].”

Voiceless is a not-for-profit think tank that drives reform and helps build the animal protection movement by offering grants and prizes, creating influential networks, promoting informed debate and conducting research to expose legalised cruelty. Meat Free Week was a grant recipient of the Voiceless Grants Program in 2012 and 2013. www.voiceless.org.au

“Australians all over the country have shown their willingness to embrace the Meat Free Week message of compassionate consumerism: a trend both retailers and industry are noticing,” said Ondine Sherman, co-founder and managing director, Voiceless. “Australians are now seeing the truth behind factory farming. Factory farming causes the most suffering to the largest number of animals in Australia – more than 500 million every year. They have no voice, cannot defend themselves and are legally classified as 'property'. Instead of being acknowledged as sentient beings, they are treated like commodities in a production line and their pain and distress is disregarded in the pursuit of profit.”

World Land Trust (WLT) is an international conservation charity that protects the world’s most biologically important and threatened habitats acre by acre. Since its foundation in 1989, WLT has funded partner organisations around the world to create reserves and give permanent protection to habitats and wildlife.

The mission of the World Land Trust is: To protect and sustainably manage natural ecosystems of the world; to conserve their biodiversity, with emphasis on threatened habitats and endangered species; to develop partnerships with local individuals, communities and organisations to engage support and commitment among the people who live in project areas; to raise awareness, in the UK and elsewhere, of the need for conservation, to improve understanding and generate support through education, information and fundraising. www.worldlandtrust.org

“World Land Trust is involved with Meat Free Week because the rapid growth of the cheap meat industry is the major force driving deforestation in many parts of the world, said John Burton, CEO of World Land Trust. “It’s not just deforestation for cattle ranching, but the vast quantities of cereals grown as feed that has such devastating impacts on the world’s remaining grasslands and forests. If you want to eat meat, it is always best to buy the highest quality, locally produced."